Baby Deltics or Class 23s as they became known have been mentioned by me on a previous post. Introduced in 1959, these Type 2 locomotives were part of the BR’s 1955 modernization plan for diesel locomotives. They are called Baby Deltics because they are 17ft shorter than the production Class 55 Deltics and they only have one engine rated at 1100hp. The class 55 Deltics have twin engines rated at 1650hp each. Thus the engine fitted to the 10 Baby Deltics was totally unique. Originally allocated to 34D Hornsey in the late Spring of 1959, they worked on outer suburban passenger trains to between King’s Cross and Cambridge.

Unfortunately, the unique engine proved troublesome from the start. After 4 years, the whole class was withdrawn and sent back to the Vulcan foundry. Once here, English Electric conducted major engine rebuilds over a 21 month period. The physical appearance of the front end noses changed to include a 4 character head code panel. On their return to service they were allocated to the new 34G Finsbury Park Depot. Again, they went to work on King’s Cross outer suburban services, routes into Broad Street Station and over the Metropolitan widened lines to Moorgate. They were also used for engineers’ trains.

I remember seeing them on these workings. One Sunday I visited 34D Hitchin depot where Baby Deltics were frequently stored over the weekend. A friend and I went, as usual, to ask the duty supervisor if we could have a look round. He remembered us from a previous visit and our obvious interest in locomotives. The supervisor said he was going to move one of the Baby Deltics  and asked if we would like to have a cab ride. We walked over to D5905 which was stabled alongside D5909. He asked whether I would like to start D5905 up which, under instruction, I delightedly did. With him taking my place in the driving seat we went for a short trip in the yard. 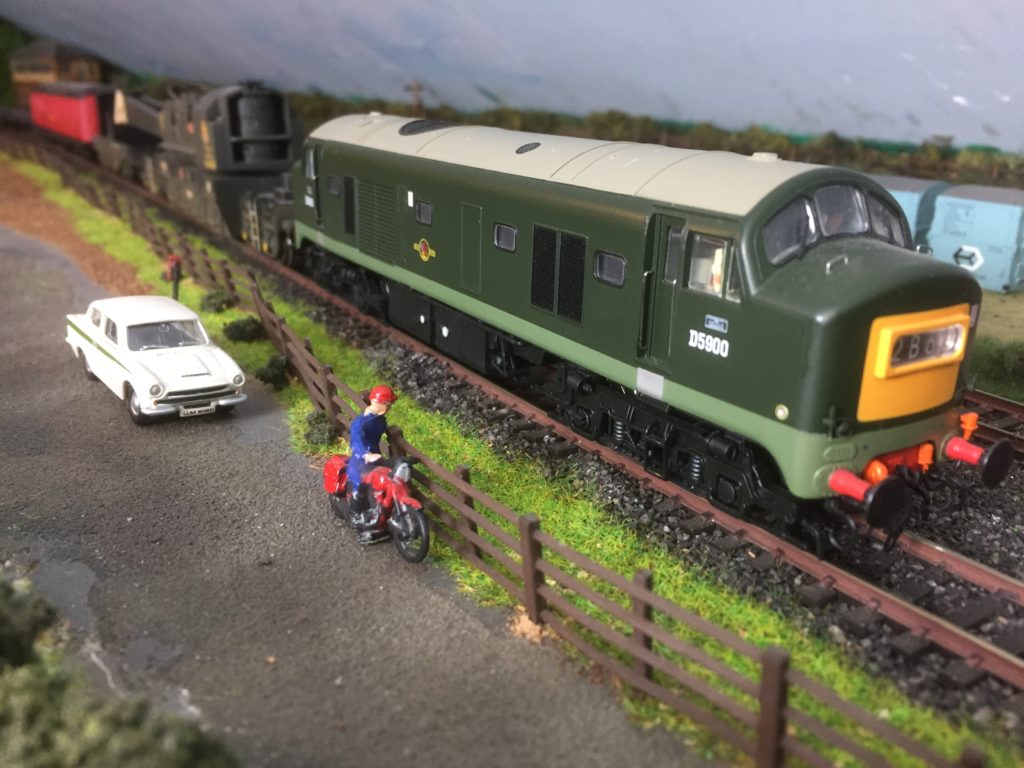 The first of the class was withdrawn in 1968 with the final two D5905 and D5909 being withdrawn in the early 1971. Upon withdrawal they were sent to Stratford Depot in East London for storage prior to scrapping. Only D5901 was left operable and was used by BR’s Derby research department. I last saw D5905 and D5909 in Cohens scrapyard at Kettering in the Summer of 1973. They were broken up later that year.

Sadly, I thought that was the end of the Baby Deltics. However, some years ago I came across a team of people who had obtained a Baby Deltic engine from the National Railway Museum. They had an objective to build an 11th Baby Deltic. Reading their excellent book about the project, I learnt that the engine they are using is the one that was fitted to D5905. This is the very same engine I had started up on the original locomotive nearly four decades ago! 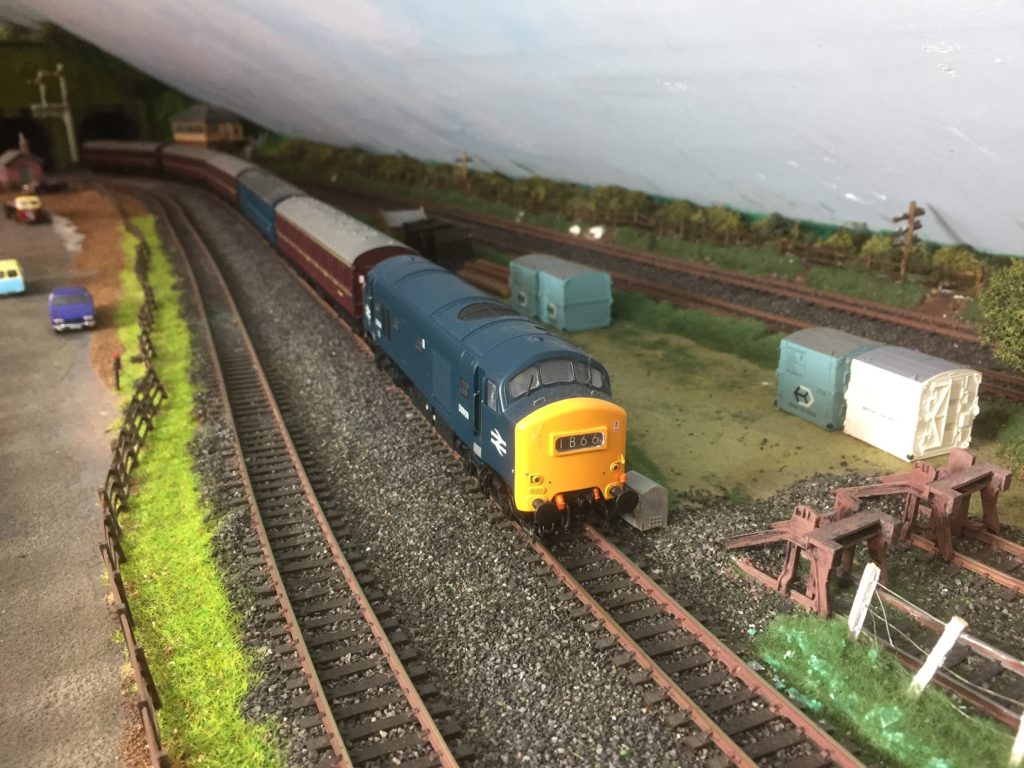 D5905 had its engine was removed and stored at Stratford as a standby power unit for D5901. When D5901 was scrapped at Doncaster Works in early 1977, NRM requistioned the engine and transported it back on a four-wheeled wagon. It remained under a tarpaulin until 2001. Following research, the Baby Deltic project team discovered its existance. After negotiations with the National Railway Museum, the engine was transferred to Barrow Hill locomotive shed and rebuilt to working order. This locomotive has now been professionally shortened to be the 11th Baby Deltic a truly magnificent achievement. There are lots of great pictures on The Baby Deltic Project website and Facebook page. The rarity of Baby Deltic equipment makes it all the more incredible that the very I engine I started up at Hitchin depot nearly forty years ago is still in existence and will be used again.

When Heljan produced a Baby Deltic, I simply had to have not one, but two. Unfortunately the model of D5905 is not in the livery that I remembered so I purchased D5900. An easier choice was with D5909 as this is produced in blue livery – the only member of the class to receive this. On my model railway layout, I have created D5900 working an engineers/breakdown train while D5909 is shown on British Rail non-corridor stock. 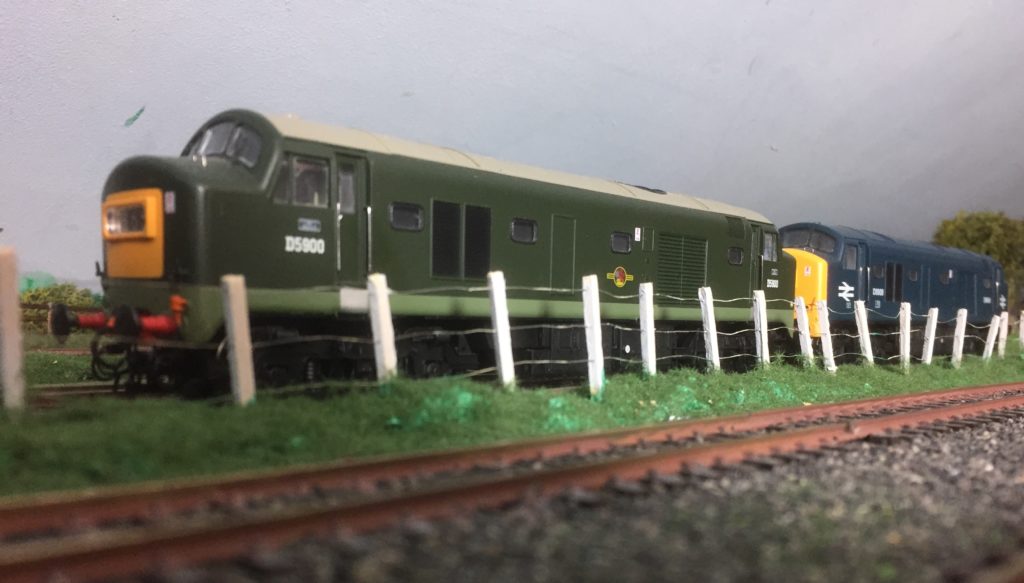 To me the Baby Deltics were something a bit special. The locomotives look handsome and well proportioned. I look forward to seeing D5910 operating and hope that my small financial contribution has helped the project along. I would urge you to consider donating to this worthy project. The web page has photos of the excellent work by the team. Hopefully in the future, I can show you some great real life pictures to complement my model railway images. 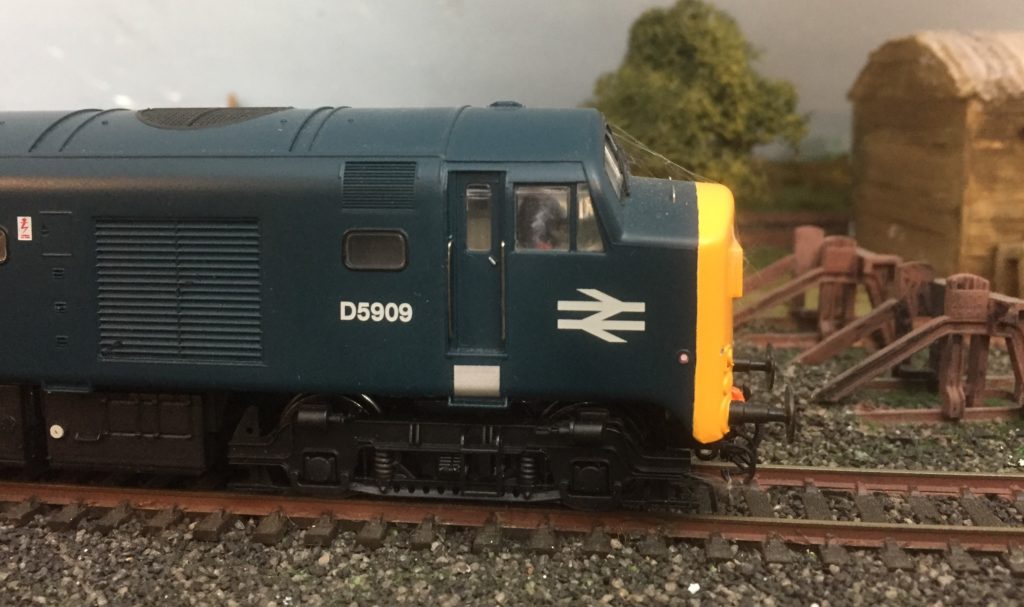