Winter sun setting over the Station at Midsomer Norton South

As many of you will know in the middle to late 1960’s the national rail system lost three significant mainlines. In 1966, we lost the Somerset and Dorset in its entirety while later that year the Great Central closed as a through route to London. The Waverley route closed completely in early 1969. In May 1969, the remaining stub of the Great Central’s London extension between Rugby Central and Nottingham Arkwright Street succumbed to closure. The railway fraternity at the time greatly mourned these closures and made attempts to privately operate them in some form. Of course, the Great Central Railway has returned and operates as two heritage railways. Soon these two sections will join together as one railway. This is now possible due to the reinstatement of a rail bridge over the busy four track Midland Main Line. Further work will be required before re-laying track between two sections but the biggest hurdle has been overcome – a marvelous achievement.

In the early days, the Great Central started with just two miles of heritage railway operation on the single track section between Loughborough and Quorn. Clearly the vision and desire to see a partial reinstatement of the London extension was and still is a major driving force. 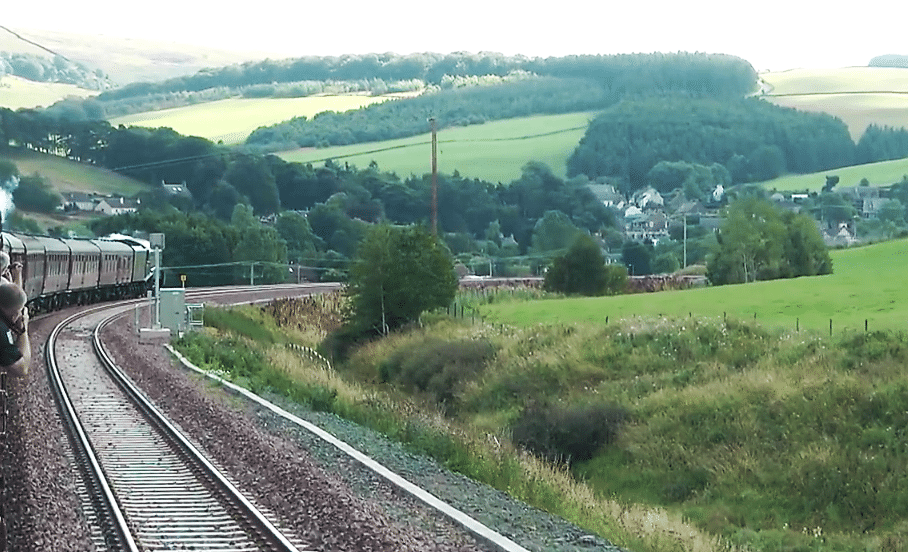 Just over two years ago, around 30 miles of the Waverley Route reopened through the Scottish Borders. The level of passengers using the services today has far exceeded expectations. It’s success can be built on by extending the line to Hawick and onwards to Carlisle.

So the time come for the return of the Somerset and Dorset, at least in part?

The Somerset and Dorset has probably had more books written about it than any other railway in the country. However, its reinstatement remains modest in comparison to the Great Central Railway and the Waverley Route. There are a number of groups along the route who are passionate about preserving as much of this mourned line as resources allow. Progress by the Somerset & Dorset Heritage Trust at Midsomer Norton leads the way, with track relaid on part of the route. Current and future generations can enjoy a journey along a short section.

Heritage railways bring significant economic benefits to local communities. This is particularly the case in areas that are not national tourist destinations and have suffered economic downturn or loss of industries on which they depended. The lost Somerset coal fields once included Norton Hill colliery at Midsomer Norton which closed in February 1966 just shortly before operations on the Somerset in Dorset ceased in the March of that year.

There were once two stations at Midsomer Norton: the former Great Western Railway Station at Midsomer Norton and Welton on the Frome to Bristol line closed in 1959. Little, if any, remains of that station today.

In July 1968, the track at the station at Midsomer Norton South was removed. Rubble from a demolished abutment that once supported the railway bridge by the station filled in track bed between the platforms. Midsomer Norton South Station Sept 2016 – now looks much better with track re-layed where once was rubble!

The station building survived by becoming part of a college. By the mid 1990’s, proposals were put forward to flatten most of the station site. The land was to be used for an access road to a proposed housing estate. The estate was planned on the track bed leading up to the cutting next to Chilcompton tunnel.  Fortunately the County Council agreed to keep the station and supported its heritage status. Tom Rees-Mogg former editor of The Times and vice chairman of the BBC and local councillor Shirley Steel were great supporters at this crucial time. Some of the Mott MacDonald graduate engineers barring sleepers into alignment

Over the following twenty years a great deal of work has returned the station site to its 1950’s appearance. You can now board a train at Midsomer Norton South. There is a huge national appetite to see the line extended. Funding appeals enabled the purchase of track materials. To expedite track re-laying towards Chilcompton, the Trust identified two weekends in November 2017 and asked for additional support. Graduate engineers from consultants Mott MacDonald swelled the volunteer numbers.

The Trust engaged R M Penny, a local plant hire and excavation company, to grade the former Up Line track bed. They also assisted in moving concrete sleepers into position onto  the down line formation. The team laid several lengths of rail over two weekends and lifted and packed the track. By the close of the second Sunday, there was great satisfaction that the Somerset and Dorset railway extension work had been a success. Further rails remain to be laid and the track panels ballasted and packed. If you would like to see more Somerset and Dorset railway extension to join the ranks of the Great Central Railway and the Waverley route as a successful reborn railway you can give financial support by contributing a modest amount each month by standing order. You can also volunteer in many areas including footplate, guarding, engineering, signalling, gardening, retail and station staff.

See more photos of the Somerset and Dorset railway here where I report on a Gala weekend.