The type 27A Wickham Trolley is a railway personnel carrier. British Rail used them to transport small groups of engineers to inspect railway lines. Over 600 type 27A Mk3 were built from nationalization of the railways in 1948 until around 1990 . They were used extensively over the whole of the British Railways network. Some also hauled four-wheel trailers which carried tools and equipment. On 20th February 2017,  Wickham Trolley B40W was delivered to its new home at Midsomer Norton station. It had previously been stored alongside B41W at a private site by its previous owner. As you can see from the photos below it is now in a dismantled state. The previous owner is restoring B41W and was able to sell his second one to the S&DJR. The vehicle also lacks an engine, gearbox and forward reverse box. 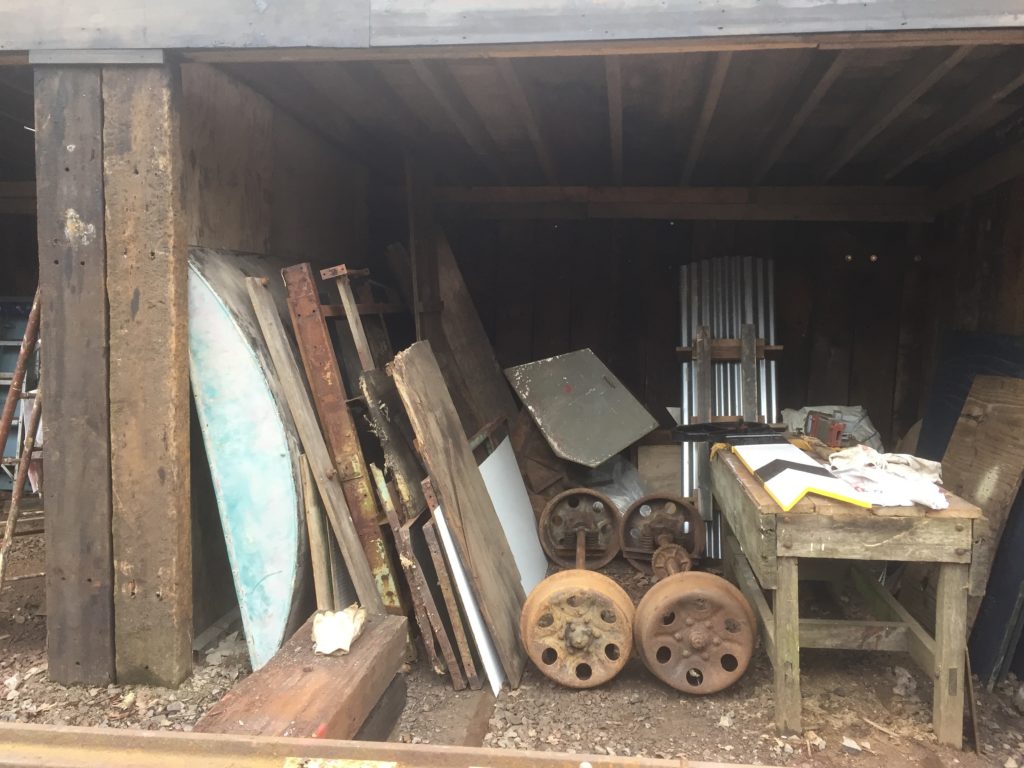 The history of B40W is know thanks to Jonathan Flood, who runs the Wickham of Ware group on Facebook, Flicker and Yahoo.  D Wickham & Co of Ware built B40W to order number 618682 and works number 7504. This type 27A Mk3 railway gangers’ trolley was originally powered by a Ford 10hp industrial engine.  She was delivered to Oxford on BR’s Western Region on 9th October 1956 and given the fleet number B40W. She was probably painted in BR maroon with a grey look roof. Later, she was allocated to Afon Wen Borth Machynlleth and Aberystwyth. In August 1986, she was sold by British Railways from Bangor to the narrow gauge railway center of North Wales. Unfortunately, this center closed about 20 years ago. Over her working life, she was renumbered from B40W to  PWN4301 then TR18 and latterly 68055.

The Somerset and Dorset railway had several type 27A trolleys including B11W which was allocated to Midsomer Norton in 1950’s. 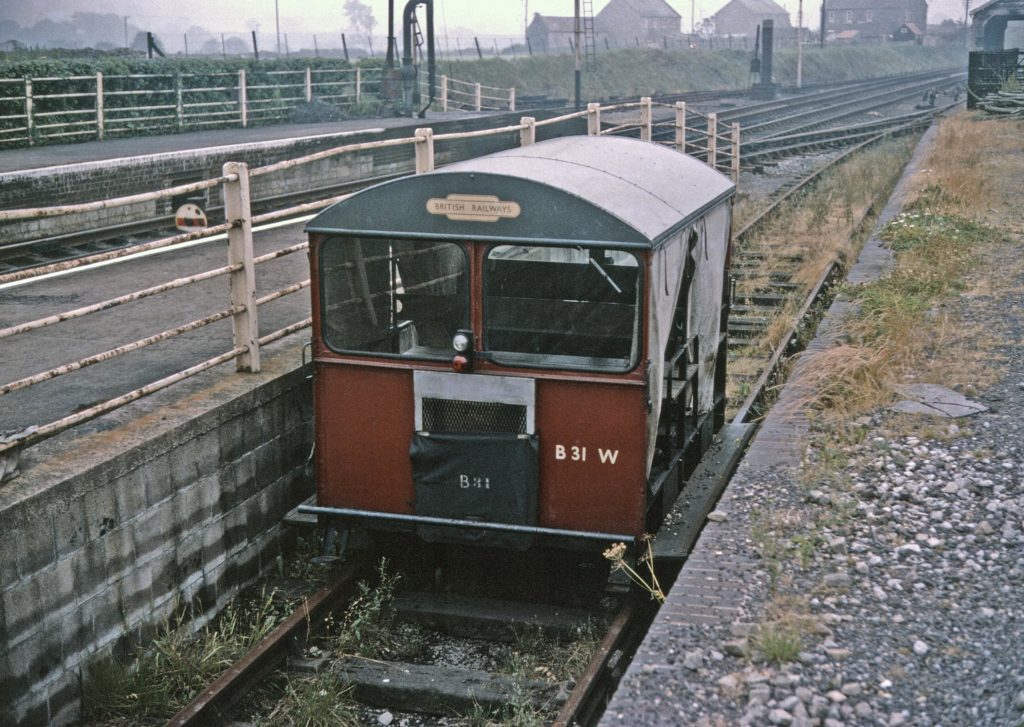 After the closure of the Somerset and Dorset railway, B29W remained on a very small isolated piece of track on what was the center road. This center road was used extensively when the line was operational to stable steam locomotives used for banking trains up the Bath line to Masbury summit. The Wickham Trolley remained even after all the track had been lifted. B29W was the last rail born vehicle to leave Evercreech Junction and was finally removed by lorry in Summer 1968.

[easyazon_link identifier=”B000OWDJMA” locale=”UK” tag=”railway02-21″]Jeffrey Greyer’s book ‘Sabotaged and Defeated: Last Rites on the Somerset and Dorset’ [/easyazon_link]shows a picture of B29W in 1968 with it seemingly missing one set of wheels. It was removed later that year in August, by road. As far as I know, this trolley no longer exists.

The first Wickham Trolley to return to the Somerset and  Dorset was TP57P – a type 17A trolley which has now gone to the Shillingstone Railway Project. This trolley was extensively restored on site and is now operational.

A Wickham Trolley has even starred in the movies. Type 27A Mk3 Wickham Trolley WD9033 owned by the Ministry of Defense was used on the Longmoor Military Railway near Liss. In 1965, it featured in the film [easyazon_link identifier=”B00006L9YW” locale=”UK” tag=”railway02-21″]Runaway Railway starring Ronnie Barker[/easyazon_link] and in the 1966 film[easyazon_link identifier=”B000KRMZOC” locale=”UK” tag=”railway02-21″] The Great St Trinian’s Railway Robbery[/easyazon_link]. Fortunately this vehicle still survives at the Chasewater Railway, Brownhills where it is currently being restored. 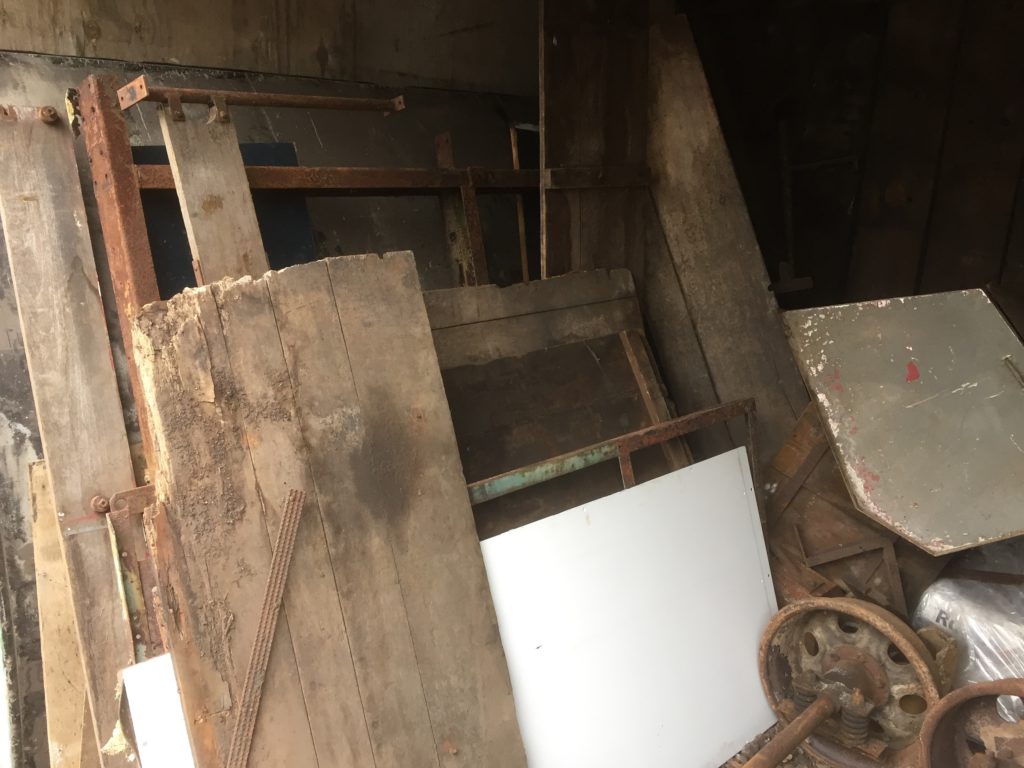 At Midsomer Norton, we look forward to the time when we will be able to operate our Wickham Trolley on the famous route of the S&D railway. The presence of the Wickham Trolley will contribute another piece in the recreation of this historic line for everyone to enjoy. Come and see us in the future and who knows, you too may get the opportunity to take a ride.

The history of these remarkable Wickham Trolleys shall go on!

The Wickham Trolley was retsored to full working order by Spring 2019!